Another pair from the Warrior Pack is the Air Jordan 2011 Tech Grey, Black, Orion Blue and Chlorine Blue. For the sneaker heads that love brightness on their kicks, the Air Jordan 2011 Warrior Pack Chlorine Blue hits the nail on the coffin. The outsole and sole is cloudy, rather than previous releases that feature translucent soles. Release date was June 9th 2011 and retailed for $170. 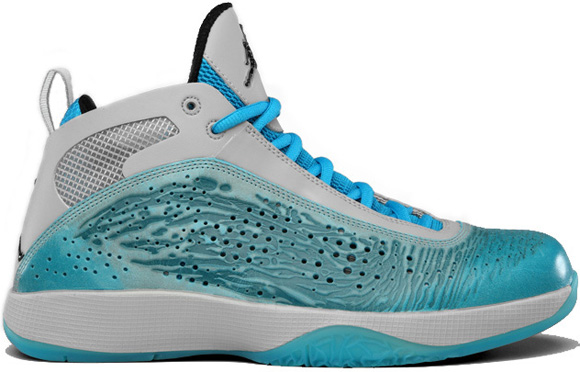