The last colorway to drop of the Air Jordan 2010 Team TB features Black, Varsity Red and Graphite. Dubbed the “Away” D.Wade Jordan Team, the shoes match very well with a Miami Heat jersey. To the sneakers, which use a predominate black upper, red on the sockliner, branding and midsole with some touches of graphite. Released in September, retail was $130. Shortly after the release, you could grab the Jordan 2010 Team TB Black Red at outlets. 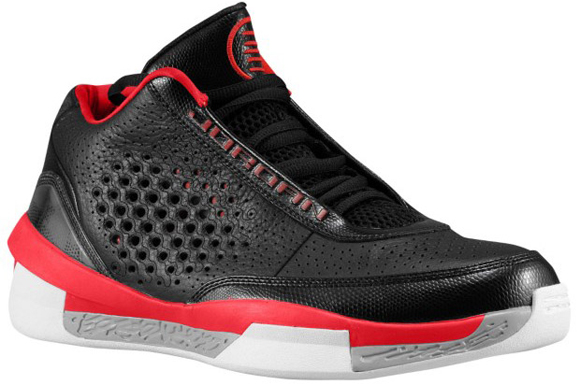