One of the traditional colorways of the Outdoor Air Jordan 2010 is in white/ varsity red and black, the Chicago Bulls classic. Originally released in August of 2010, the white, black and red Jordan 2010 Outdoor retailed at a mere $130. Now, you can find the shoes for less than retail at various online stores. 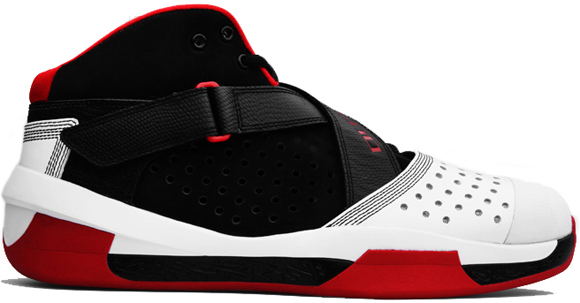