The Adidas Superskate was the first official Adidas skateboard shoe. It was released for the first time in 1989 with the signature three stripe appearance on the side. The Superskate was modeled after an Adidas basketball shoe, the extra reinforcement made by layers of leather at the toe guard and side panels made it tough enough for skateboarding. The original Adidas Superskate featured a gum sole. They were reissued in 2004. 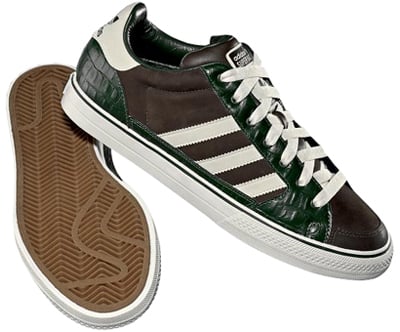 In 2002, A Bathing Ape and Adidas teamed up to create a limited editon of the Adidas Superskate. Three color ways were released, white/green, white/black, and artificial snakeskin. 500 pairs of each were released.