The Adidas Stan Smith was originally produced for French tennis pro Robert Haillet in 1964. The shoe design is as plain as you can get, with a solid base and perforated stripes in the side panel. 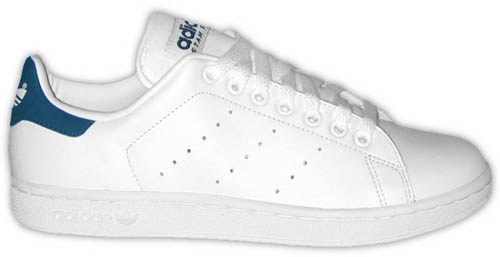