The Adidas Micro Pacer was revolutionary for running shoes upon its initial release back in 1984. Not only is its futuristic look very appealing, it featured ground-breaking technology. 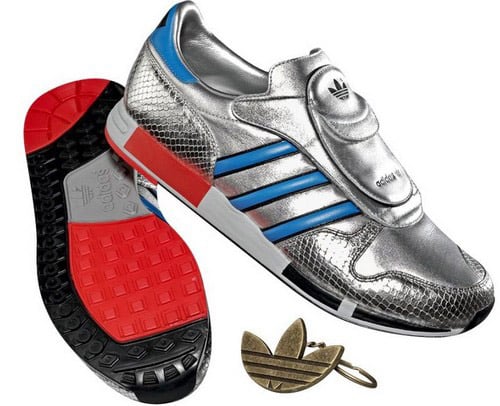 A mini computer was one of the most noted features of the Adidas Micro Pacer, which measured distance, time, average pace, and calories burnt. This technology was very advanced at the time and people were shocked.

A limited special edition was released in 2003 and came in a unique wooden box. It featured a clock, but was not operational as the original model was.