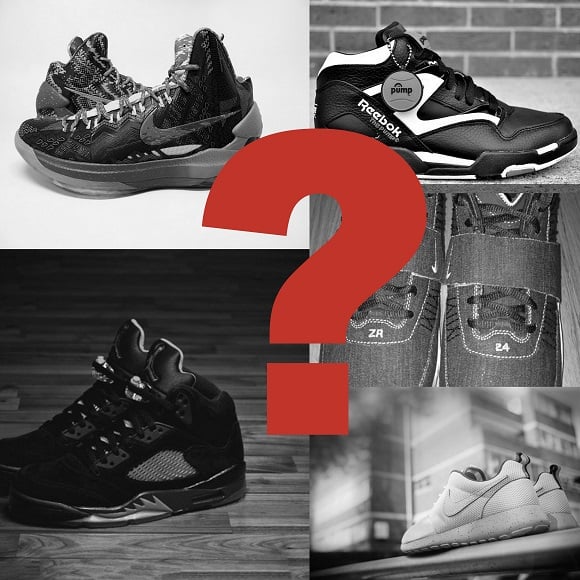 Another week, another $300-plus dollars; man, this is getting expensive…

Sneakerheads, what up? You are now tuned in to the weekly extravaganza that is The Official Unofficial Top 5 Kicks of The Week! Big week again in the world of kicks, as is becoming the standard, with brands dropping several hot releases throughout the week. This week’s list brings us a pair of signature sneakers from two superstars under the Swoosh banner, as well as 2 OG classics – one in original form, the other in a new flavor – and a collab between Nike and a UK beast that pays homage to two Nike ACG classics. Which pair of kicks will be victorious this week? Find out below, as we kick off the proceedings. Without further ado, let’s get right to it! 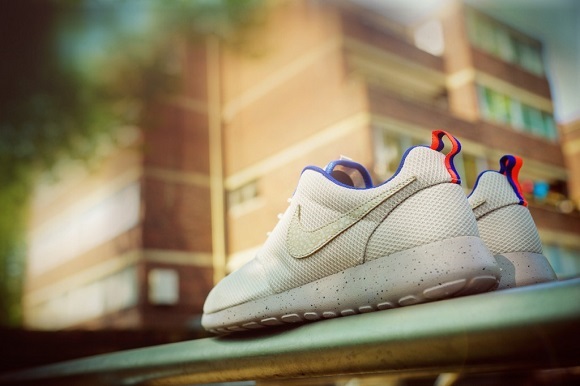 To start things off, we have a shoe that I’m not personally fond of, although that clearly is not the case with the rest of the sneaker community, as these shoes sold out in minutes upon release. I’m talking about the Nike Roshe Run, and the “Urban Safari, Part 2” pack from size? UK. After the banger they dropped with the “Urban Safari, Part 1” pack, we had a good idea that they’d bring the heat with this one, and they did not disappoint. Taking cues from two classic ACG models – the Nike Air Mowabb and the Lava High – size? created a pair of dope Roshe’s, which has earned them a spot in the Top 5. Initially, I was feeling the “Black/Poison/Pink” colorway the most of the two, but over the past several days, I’ve become more of a fan of the Mowabb-inspired “Sand/Hyper Blue/Crimson” colorway. Maybe that has something to do with my proximity to Denver and the Broncos-like colors of the “Sand” half of the set, or maybe I’m just getting sick of anything remotely Yeezy-related (not counting “Yeezus”, however; very dope album, but that’s neither here nor there…). 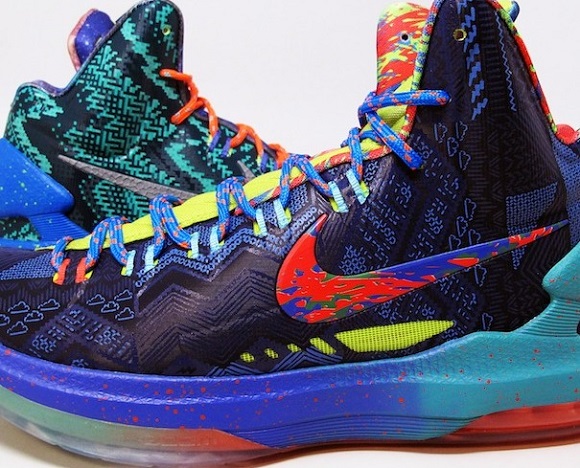 In the number 4 spot, we have yet another “What The ?” signature sneaker from the Swoosh Squad, this time the Nike KD V Premium “WTKD”. While the Nike LeBron X “MVP” fared much better in the Top 5 a couple weeks ago (coming in at Number 1 in that week’s countdown), this pair didn’t do as well. With the KD V “WTKD” utilizing similar prints throughout the shoe, the “What The?” theme isn’t that apparent, giving the shoe the appearance of a regular KD model, whereas when you look at the LeBron X “MVP”, it’s obvious what the theme is. Now, if Nike had just hired customizer Mache and went with his version of the KD V “What The?”, this shoe would be much higher on the list… 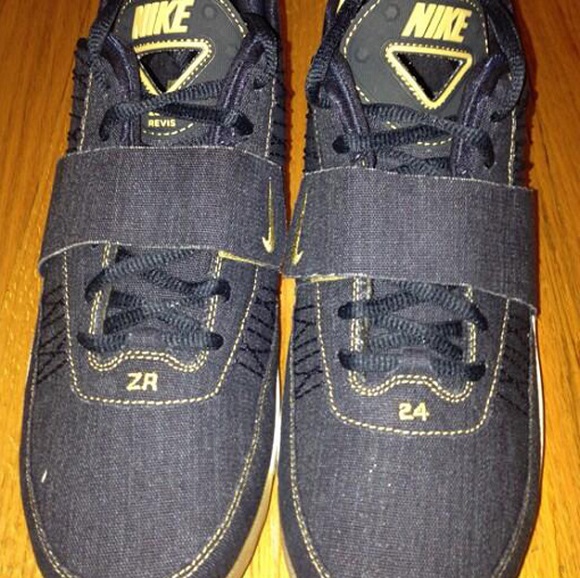 Clocking in at the halfway mark is another signature shoe from the Brand Formerly Known As Blue Ribbon Sports, although maybe not the one you were thinking of. I’m talking about the Nike Zoom Revis, cornerback Darrelle Revis’ first signature shoe with Nike, and the “Denim” version in particular. The all-denim sneaker, with design cues meant to show love to Revis’ high school and college stomping grounds (Aliquippa High and Pitt, respectively), sold out in a nanosecond, most likely due to a small group of people getting a hold of the shoe’s Nike.com URL before they even tweeted it. With only 224 pairs available for purchase, spread over a handful of online retailers, count yourself very lucky if you were able to snag a pair on Saturday morning. 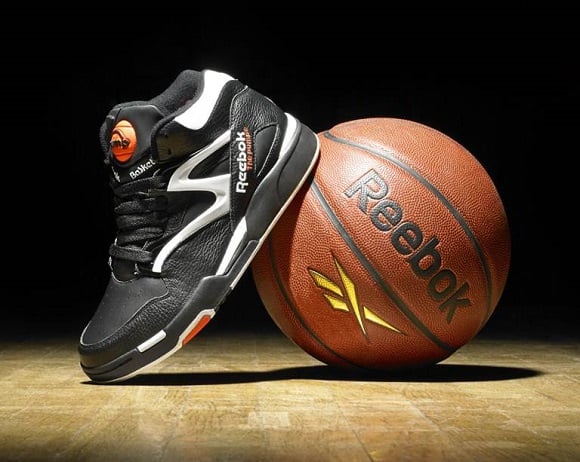 At Number 2, we have a 90’s classic revisited, a shoe most of you 90’s babies probably have never seen until recently: the Reebok Pump Omni Light “Dee Brown”. For those too young to have witnessed the 1991 NBA Slam Dunk contest on TV like I did, let me give you a quick recap:

Dee Brown, the diminuitive Boston Celtics guard, went to war in the 1991 NBA Slam Dunk Contest with Seattle Supersonics forward Shawn Kemp (an all-time great dunker in his own right, as well as also being a Reebok representative), trading dunks in a rousing last round. To seal the deal, Dee Brown closed the contest with a powerful jam, but not any ordinary jam; when taking off from a couple feet inside the free-throw line, Brown covered his eyes with his forearm, giving his dunk a higher degree of difficulty (or at least appearing that way). Before taking off for the dunk (and his place in sneaker and basketball history), he bent over and pumped up his sneakers, creating an iconic image for a generation of basketball fans, and the best free advertising Reebok could’ve ever hoped for.

Kids across the world pleaded and begged their parents to buy them a pair of those shoes, believing that having those shoes would give them the ability to take off in flight, with just a few pumps of the orange basketball on the tongue. Aptly renamed over the years to the Reebok Pump Omni Lite “Dee Brown” (deservedly so), the shoe last dropped in 2008, as a part of the Reebok Anniversary pack. For those who missed out on that last release, or just need a new pair, this release gave them a chance to cop again, to the joy of OG’s everywhere. With the way Reebok has been killing it in 2013 with their retro game, it’s only a matter of time before they capture the number 1 spot; for now, they’ll have to be content with coming in second. 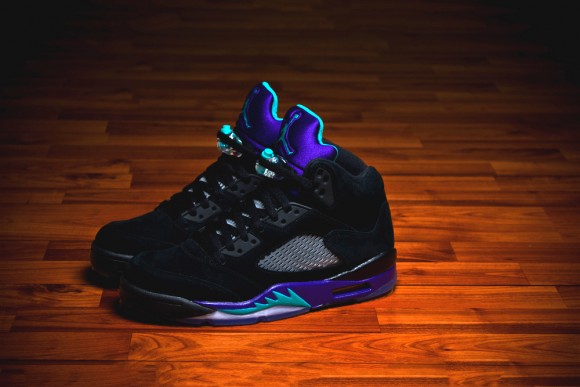 Taking back the reigns from Nike after 2 weeks is a Jordan Brand release that fits right in with the OG classics we’ve all come to know and love, the Air Jordan V (5) “Black Grape”. A month after the Air Jordan V (5) Retro “Grape” released, Jordan Brand hits us with the second half of the Grape Yin and Yang, opting to go with a black nubuck instead of the (crappy) leather used on its white counterpart, which was a controversial decision; some feel the material is too prone to ashiness – transforming from Angelina Jolie’s lips to Pookie’s (after a week-long crack binge) far too quickly – while others love the change in material, feeling it gives the shoe a smooth look.

As is the case with what seems like every Retro sneaker Jordan Brand puts out, the shoe sold out instantly on Nike.com, and quicker than usual at the other major online retailers that stock Jordan Brand releases. Don’t expect to be able to stroll into your local spot either, as they have undoubtedly sold out in physical locations as well. Jordan Brand could drop any retro at this point and the shoe would most likely sell out in minutes. That goes double if the shoe is an OG colorway, or one that seems like it easily could have been, which is the case with the “Black Grape” V.

I know there are some purists who would only like to see OG colorways released by the Jumpman, but personally, I like the occasional new addition to the Air Jordan pantheon, as long as it’s done well. And in my opinion, these fit the bill. You might disagree, but guess what? I don’t give a hootie (or a blowfish), as this is my party, and I’ll write what I want to! If you disagree, go write your own damn article!

But seriously, I’d love to hear your thoughts on this week’s releases. Did you agree with my list? If not, what would your list look like? Let me know in the comments below, and definitely stay tuned to Sneaker Files for all of your sneaker news needs. Check back in next week, same kick time, same kick channel, for the next edition of The Official Unofficial Top 5 Kicks of The Week, and as always, be safe and be smart with your purchases! Peace. 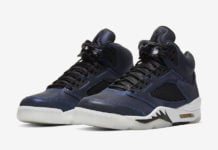 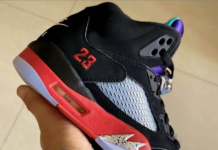 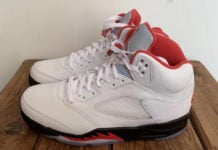 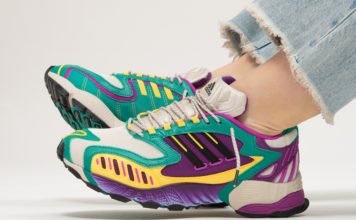