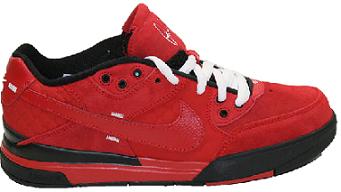 By the end of the summer a fresh pair of Nike SB Zoom P-Rod III‘s with a predominantly white base containing black and red accents had already made its way onto plenty of online retailers. Some of the shoe’s accolades included a less bulkier tongue than usual and a more sleek feel that got skateboarding fans excited to put them to the test ASAP. Now, another pair that is sure to peak plenty of peoples’ interest has made its way online. This time coming in a predominantly red suede base, this P-Rod III also contains white accents via the shoe laces and professional skateboarder’s signature on the tongue. Black accents exist near and on the sole as well as the inner lining of the shoe. At first glance, it seems as though this shoe is a perfect mix of everything there is to like about the red suede Raging Bull Air Jordan V’s look and the performance we’ve come to expect from P-Rod’s signature sneaker line. You can cop these now for as low as $90 and almost guarantee that you’ll get your money’s worth. Check out more pix after the jump. 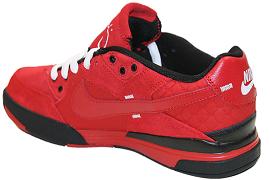 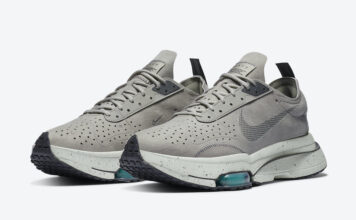