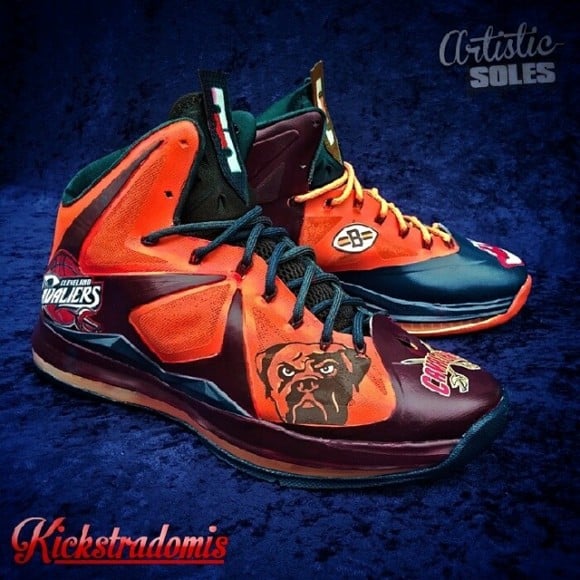 The Artistic Soles team has been busy in the labs, knocking out customs after customs. We showed you guys the Air Jordan III “Wolverine” by Kickstradomis last week, and he’s already turning out yet another set customs for a commission project. The Nike Lebron X (10) “What The Cleveland” customs by Kickstradomis place the shoes in wine and navy, with a collage of Cleveland team logos all over. After receiving a request to create a shoe that incorporates some of the Cleveland sports teams, Kickstradomis created these sneakers featuring Cleveland Indians and Browns logo and colorway options. The sneakers even make a reference to the Cleveland Bulldogs, which are defunct. The sneakers used are a signature shoe for Lebron James, who formerly played for the Cleveland Cavaliers until 2010. What do you think of these customs by Kickstradomis? Check out more pictures down below! 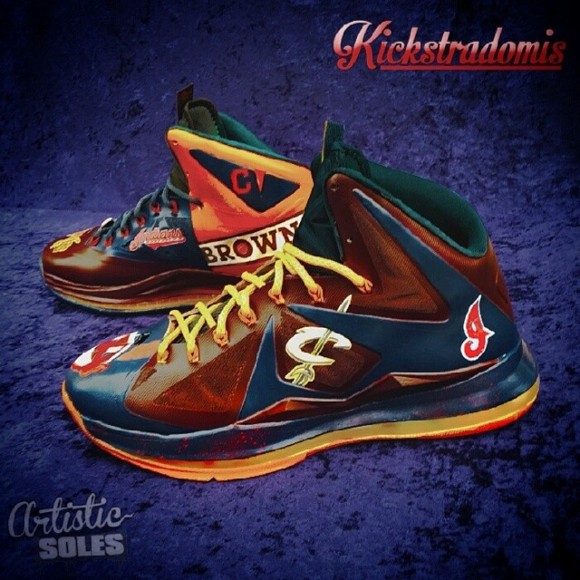 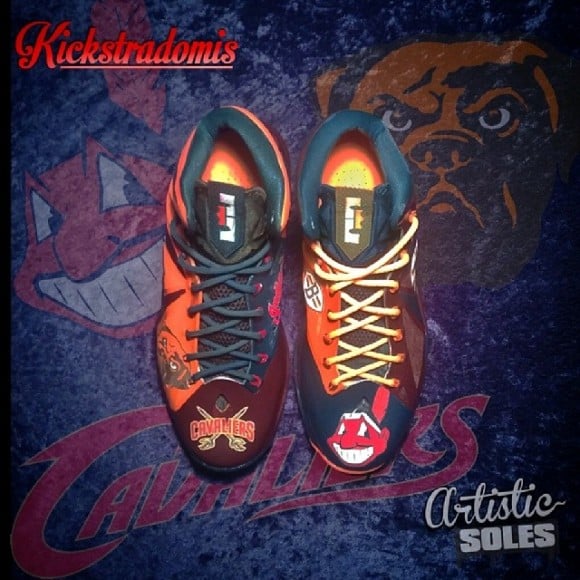 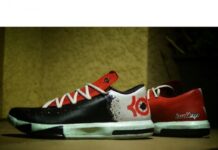 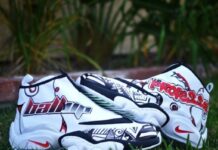 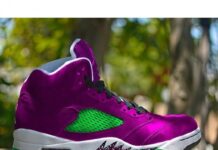 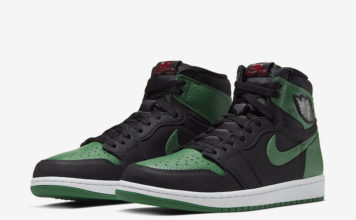