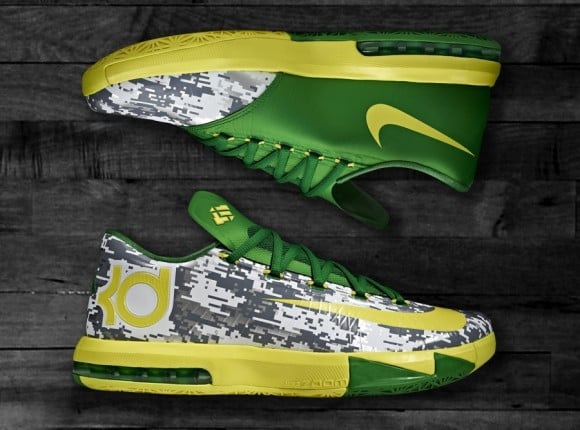 Looks like the Oregon PE train has picked up even more momentum. Since sharing a few looks at the “Ducks” Air Jordan V PE, two new pairs of exclusive Oregon kicks have surfaced. Fully equipped with a camo upper, both the Nike KD VI and Hyperdunk 2013 PE’s were created for the sole purpose of being worn during the Ducks game against Georgetown on November 8th. Today, we have a detailed look at the previously mentioned KD VI. From the detailed angles below, all of you sneakerheads will get to see the digital camo led kicks in all of their PE glory before they arrive in South Korea for the Armed Forces Classic game. Check out all the photos after the jump and be sure to keep your browsers locked to SneakerFiles for more information. 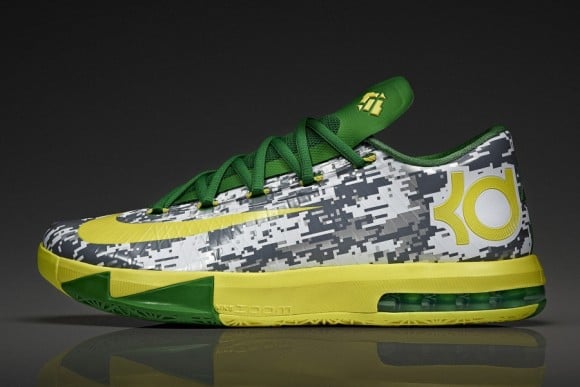 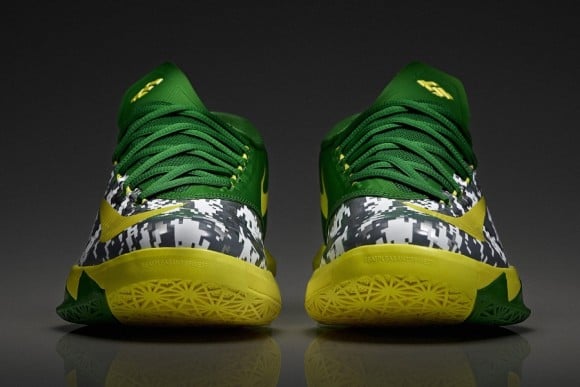 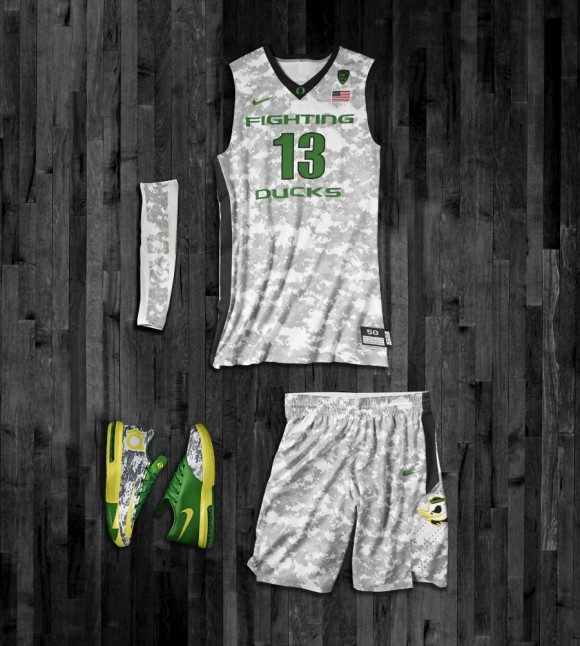 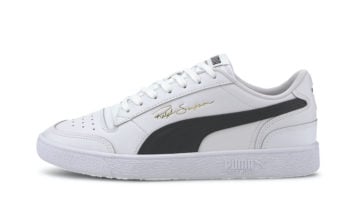