Nike Dunk High Coraline are a release limited of 2,000 pairs given Coraline movie goers. The Coraline Dunk high tops celebrate the production of Coraline. None of the Coraline Dunks were made available to retail. The Nike Coralines were a genius conception by designer Rob Heppler to serve as a promotional vehicle for the Laika animation movie.

During the day, the Nike Dunk High Coraline sole is a clean white, but at night they glow in the dark. The uppers resemble easily resemble the film, with stitching on the mid panels, and materials as the characters. Some of the Coraline Dunks released with special movie props, which is pretty exciting for those that like the movie. 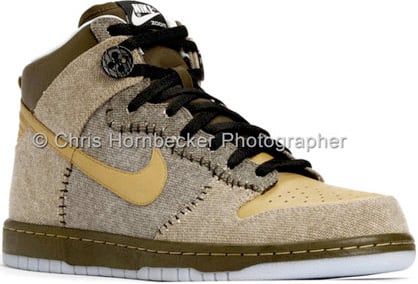