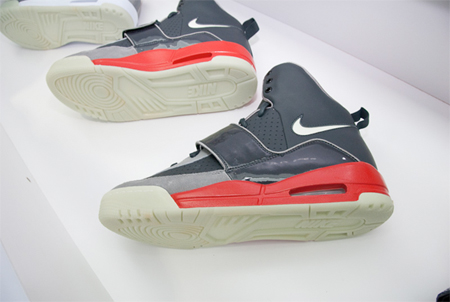 Nike Air Yeezy fans lined up and waited to get their hands of the first release last weekend. The second Air Yeezy is scheduled for next month, but another colorway has just been photographed at TPE 6453, a gallery in Taipei, Taiwan. This appears to be one of the first Yeezys to hit the net and features a combination of black, grey and red. The upper is outfitted with black while the strap consists of patent leather and the toe is made up of grey. The midsole is pictured with red, perhaps fire red in reference to the Air Jordan III (3). After the jump, a picture of the inside of the sneaker reveals a silver inner lining, a nice touch to Air Yeezy. Other Air Yeezys were showcased at TPE 6453 including the most recent and upcoming models. 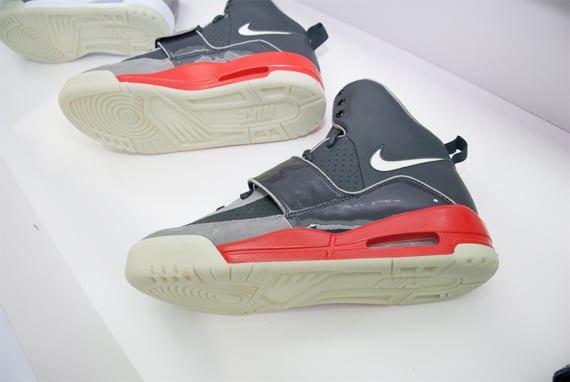 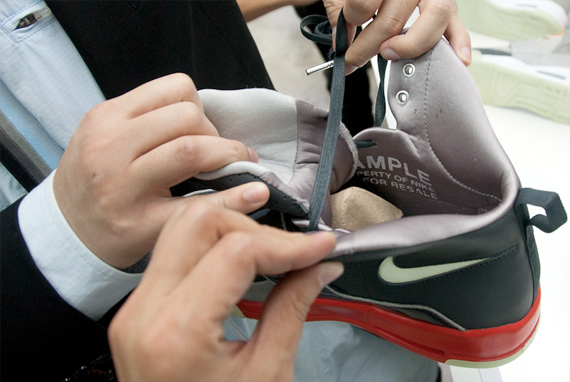 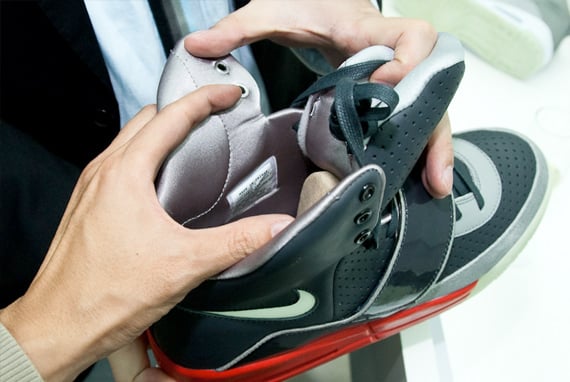 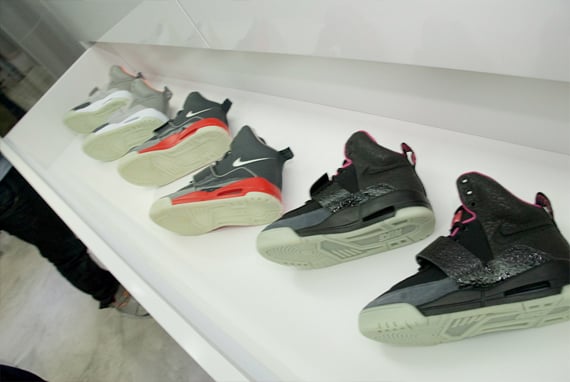 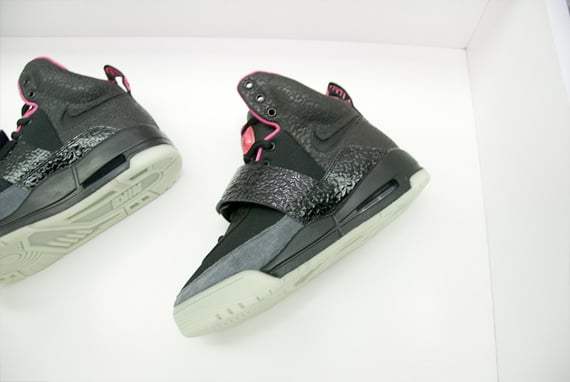 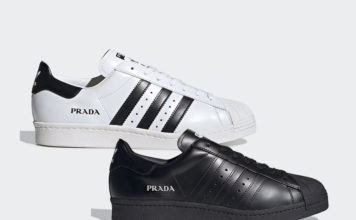