Nike has gone deep in their vault for this next retro. The Air Up, a sneaker once worn by Penny Hardaway, is set to return in Spring 2014 after not being seen in 20 years. To commemorate this 20th anniversary release Nike will bring back the shoe in the classic OG Orlando colorway sporting black and white on it’s wavy full leather upper and Game Royal Blue Swoosh branding and the cant miss air bubble. A new colorway will also emerge in Black/Metallic Silver-University Red. You do not want to miss out on this classic sneaker. Nike’s Air Up is expected to release at Nike Sportswear retailers in February 2014. Keep it locked to Sneaker Files for more details. 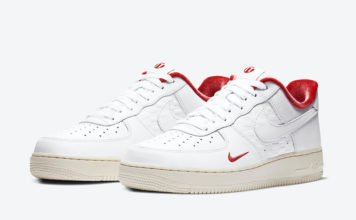