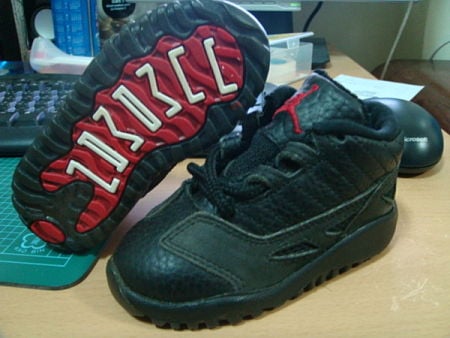 One of the most renowned, sought-after, and classic sneaker of the Jordan Brand is the Jordan 11 (XI). So popular are these shoes that whenever they are released they immediately sell out. Made in both the regular and low models, the Jordan XI is one of the greatest sneakers of all time. As some could recall the Jordan XI sneaker was first released back in 1995 when Michael Jordan officially came back to the NBA. It was released with much fanfare not only because it marked Jordan’s comeback to the league, but it also was one of the shoes that completely revolutionized the basketball sneaker market since it pulled out all the stops and was made using high end products.

The first and most obvious difference between the sample and the actual shoe is the sole, which instead of being clear and carrying the “Jumpman Logo,” has the word “Jumpman” in white that is spelled out vertically with a red background. A second difference is the positioning of  the side mesh vents, which in the sample do not run all along the side of the shoes. A third difference is that the tongue does not carry the Finally the samples do not have the horizontal stitching on the toe box that the general releases had. More info and pics after the jump. 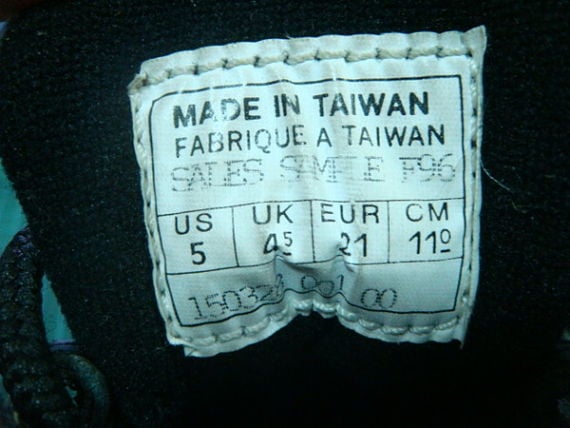 Leave a Reply to ??? Cancel reply 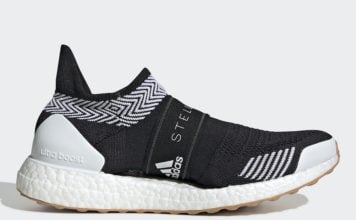 How the adidas Yeezy Boost 350 V2 ‘Marsh’ Looks On Feet